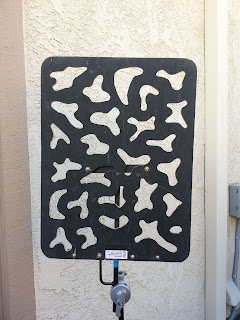 I was tired of using my old wooden gobo, cutting a tree branch, or making a pattern with a C-Stand and gaffers tape to create interesting backgrounds for on-camera interviews. I was so over it...

Then one day on the B&H PhotoVideo website I discovered the Bill Holshevnikoff pattern kit from Chimera. It changed my life, well not my life, but for sure my camera backgrounds.

My friend, DP Bill Holshevnikoff, created this kit for Chimera, it's a brilliant idea. The kit comes in two sizes and is the perfect solution for creating interesting backgrounds FAST. Every time I bring out my kit, the crew wants to know where to get one. I have the smaller kit and it's very light, takes up little space but makes a big impact. 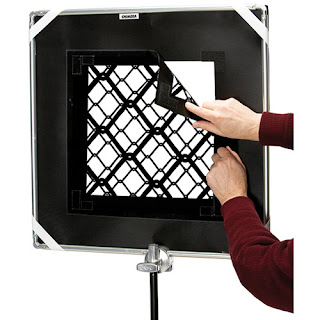 I purchased the kit from B&H with 7 patterns and then purchased all the extra patterns. It comes with patterns like: French door, horizontal blinds, graduating vertical blinds, palm leaves, leaf breakup and a cucoloris breakup. 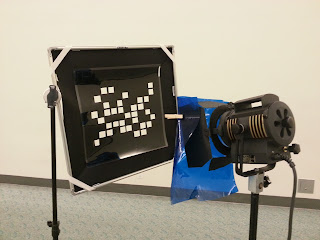 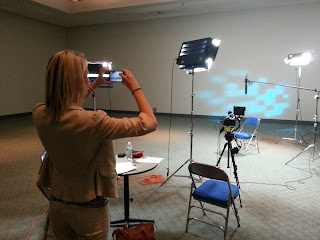 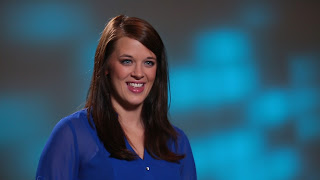 With my Canon 5D Mark III and my pattern kit I can create a great look, in no time. It's the perfect addition to anyone's bag of tricks :-)

Check it out at B&H

Posted by Michael at 2:25 PM No comments: 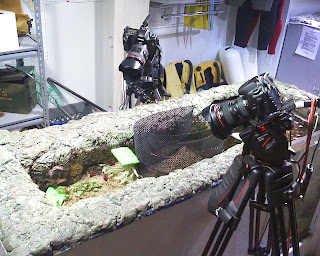 Traditional time lapse photography is one camera angle showing an event from start to finish. With today's video cameras anyone can shoot time lapse, it's easy. However most wind up with a collection of shots that do not lend themselves to storytelling. Videos still need a beginning, a middle and an ending. 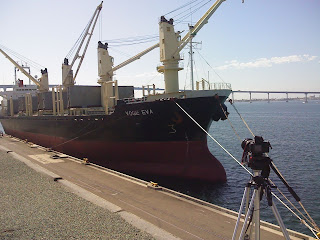 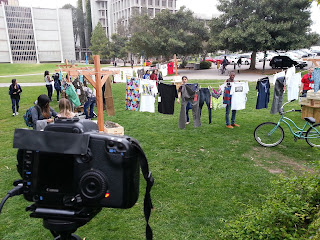 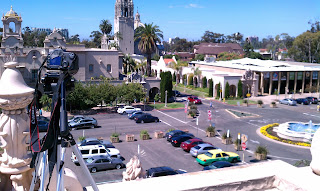 Additional samples can be found on YouTube:  www.youtube.com/dpmikek
Posted by Michael at 1:00 PM No comments: 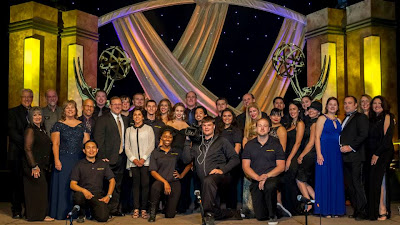 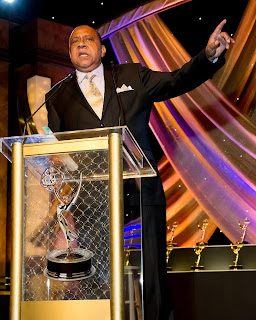 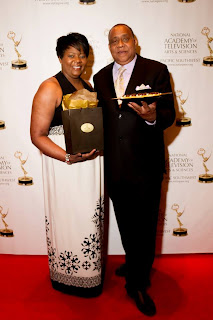 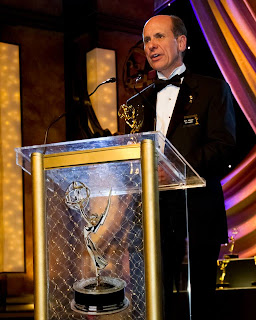 Posted by Michael at 1:27 PM No comments: 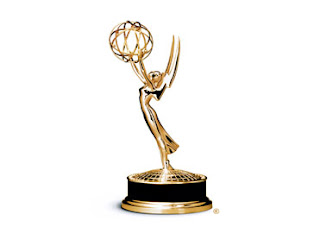 
I am on the Board of Governors of the National Academy of Television Arts & Sciences – Pacific Southwest Chapter.  The committee was meeting last night to go over the issues from this year and start planning for next year’s Emmy Awards and our chapters 40th anniversary.

The topic came up about possibly adding new awards categories for next year. Then someone says “next year all the stories maybe about Mayor Bob Filner and his antics” and everyone laughed. The consensus was not to add a special category for Emmy Awards for scandal news stories about Bob Filner even though there will be a great many. This is a sad but true story…
Posted by Michael at 12:34 PM No comments:

One of the easiest way to take better photos with your cell / mobile phone is to keep the camera lens clean. This works with iPhones, Andriod phones, smart phones or just regular cameras.

We have all seen pictures on Face Book that look soft or what looks like out of focus pictures..

This photo of Lucy is before cleaning the lens 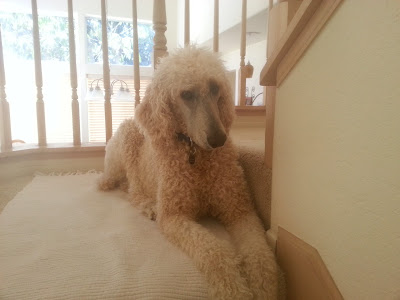 This is after cleaning the lens, she looks much better :-) 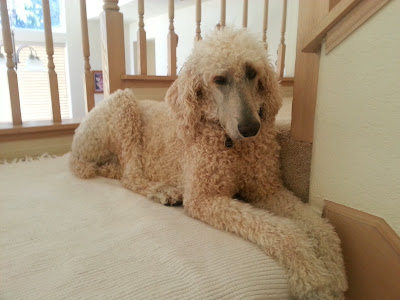 If you take a few seconds to examine bad pictures you see on Face Book you will see that the lens is dirty or smeared with stuff off our hands or face. 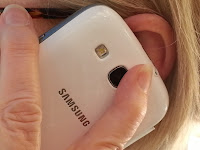 We always hold our phones against our face or handle the phone when texting. We transfer grease or makeup onto the camera lens. 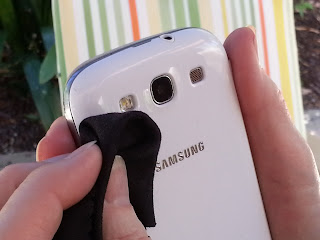 As you can see with this Samsung Galaxy SIII the lens sits between a little speaker and the camera flash.

It just takes a few seconds before taking pictures to clean off the lens. It's best to use a photo cloth or a cloth made for cleaning your glasses. 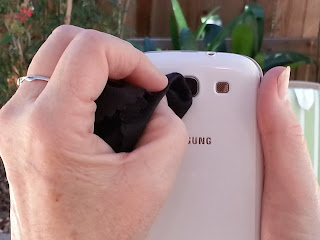 I learned this lesson the hard way. I was taking family pictures at Benihana's.

When I got home I noticed steam from the cooking surface had completely ruined the shots. The cooking steam got all over the camera lens and  it looked like everyone was in a snow storm.
Posted by Michael at 2:19 PM No comments:

Doctor Joyce Brothers a pioneer for offering advice, on radio and television has passed away 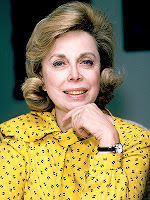 Joyce Brothers has died at the age of 85. She will be remembered as a psychologist who pioneered advice shows on television and radio starting in the 1950's. She offered advice on topics that were considered taboo like: menopause, frigidity, impotence and sexual enjoyment. Today there are many people in the media that offer advice on a variety of topics, but she got it all started. 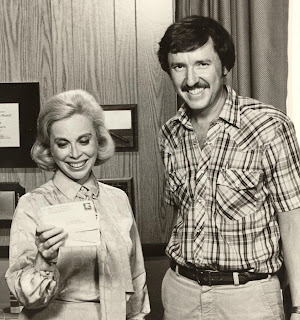 I had the pleasure to work with her in the early 1980's and produce several TV commercials with her on-camera. The commercials were "celebrity endorsement" ads on weight loss that were common at that time.

The photo was taken on-set and I look a little younger as does the good doctor. Yes that is me on the right.

She was a very nice person and to my surprise had no big celebrity ego. She took direction well, was easy to work with and was a credible spokes person for the weight loss company. It's also fun to work with celebrities that are processional and get the job done without a lot of fuss and muss. She was a class act, that today is hard to find in the media.

Posted by Michael at 9:57 AM No comments:

Power failure in San Diego provides a good test run - are you prepared for a natural or manmade disaster?

The afternoon and night of September 8, 2011 in San Diego County was an interesting time. It was the largest power failure in San Diego history. The power when out to over 1.5 million homes. It spread from Arizona to Southern California. Parts of New Mexico, Arizona and Baja Mexico were also affected.

For those of us prepared for natural disaster it was a great test run to see how our equipment and supplies shaped up. When the power first went out, we stepped outside to see if it was just us or the neighborhood. All our neighbors said their power was out. We turned on our battery powered radio to find out it was County wide. Two of our neighbors had no battery operated radios so we shared batteries and information.
With this wide spread of an outage I knew power would not be restored quickly. As darkness fell I fired up our Colman gas lantern, got out emergency candles and prepped our small generator. 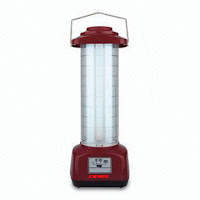 We had a nice evening on the patio reading and listening to the radio. I ran our generator for an hour to charge cell phones and the power the refrigerator. All worked as planned. 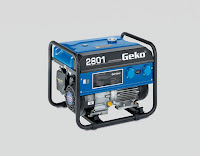 Now that the power has been restored we have to start boiling water for a few days. But last night it was nice to know our plans and equipment were ready to go and worked just fine. It was a good test run.
For emergency supplies and equipment check out companies like:
www.essentialpacks.com            www.lifesecure.com
Posted by Michael at 11:04 AM No comments: