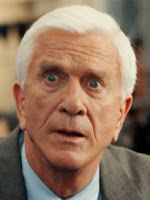 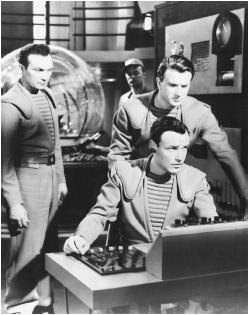 Many people only remember him as a comedy actor but he started in TV back in the late 1940's as a very serious leading man. One of his famous films from the 1950's is a science fiction move called the "Forbidden Planet". He played a leading role as a crew member of space ship on a rescue mission. The movie is also famous for creating "Robbie the Robot". 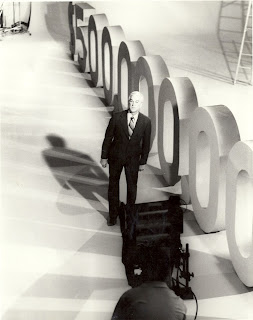 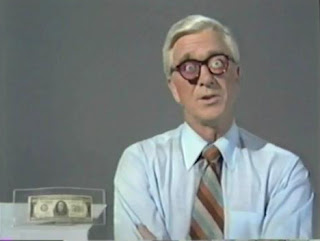 I had the pleasure of meeting and working with him just before the release of "Airplane". We were shooting a series of TV spots for a bank in Nevada and the producer hired Nielsen as a spokes person for the bank. He spent the day on set entertaining us with his gags. He carried around a small device that made fart sounds. Here he is, a serious actor making faces and fart sounds. I have never laughed so hard in my life; he had a great time entertaining the crew who laughed all day long.

After we finished the last spot I asked him to shoot an out-take. It was a day I will never forget and I became a lifelong fan of one of the greatest comedy actors of all times. An actor who when he started his career was afraid of comedy.

Take a look at this classic Leslie Nielsen video out-take:

I just attended the first San Diego Regional CSEC & Child Sex Trafficking Council meeting. The purpose of the meeting was to establish a new regional response to CSEC (Commercial Sexual Exportation of Children).

It was heavily covered by the media and attended by law enforcement, government agencies, non-government groups and County Supervisor Dianne Jacob. Speakers included Assistant Sheriff Ed Prendergast and Deputy District Attorney Gretchen Means to name a few.
An alarming statistic is San Diego County is #8 in the nation for child sex trafficking. Child sex trafficking is now coming up on everyone's radar, which is a good thing. We are trying to move past the old school thinking that prostitution is a victim-less crime and it's no big deal. Law enforcement is coming around and recognizing that many young people in the "game" are being prostituted by pimps and gang members.
Young girls are being recruited in San Diego from shopping malls and on the internet. The most common way they are recruited is through romance. They are courted and told they are loved by these young gang members and slowly moved into a life of prostitution.

Awareness training for first responders is key but even educators are joining the cause and raising awareness in high schools and middle schools where kids are at risk.

The goal of this Council is to take the next step and organize a regional response to the problem of child sex trafficking. The next Council meeting will be held on February 17, 2011.
Posted by Michael at 1:02 PM No comments:


This would put all the resources under one roof and establish a full time regional approach.

www.signonsandiego.com/news/2010/nov/09/local-agencies-cite-rise-in-teen-prostitution/
Posted by Michael at 8:47 AM No comments:

Meeting and working with Ashton Kutcher and Demi Moore

It took many months but we finally got to the set with Ashton and Demi. 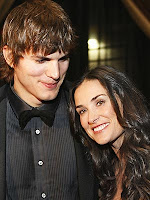 When I started working on a training project for law enforcement on the human trafficking of minors this spring, I decided a celebrity endorsement would be a great way to get the audience's attention. My experience in putting Gary Sinise in an Army training video had been a huge success.


One of my committee members recommended Ashton and Demi because they have a foundation and are very active in countering child sex trafficking. Everyone agreed on this celebrity couple so I started the process. It took several months to get it all together and agree on a production date.

When it all came together we drove up to Hollywood to Ashton's production company offices and set up our gear. When they arrive they were a very nice couple who are very passionate about this cause. They appear on camera and introduce the subject of child trafficking and send viewers to a website for first responder training information. They were very professional, fun and a pleasure to work with.


They traveled to the United Nations last week to help raise awareness at the international level, check out the link:

It's great to see such a nice couple use their star power to help others.

On October 28th San Diego Police officer Chris Wilson was killed in the line of duty. November 4th was his memorial service. He was a 17 year veteran of the San Diego Police force and was well liked and respected by his fellow officers and the community he served. 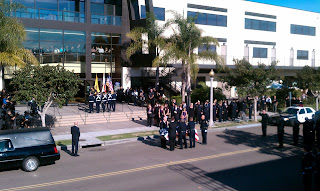 Thousands of law enforcement officers filled the seats at the Rock Church in San Diego. Hundreds more overflowed into the lobby and street. Many arrived in a motorcade of about 1,000 patrol cars, motorcycles and fire rigs in a procession stretching more than 12 miles long from Qualcomm Stadium.

For a more in depth look at the service check out the Union Tribune coverage:

A large part of my work for many years has been law enforcement training and I have come to know many officers from around the State. I did not know Chris but I know people who work Southeast San Diego.

My friend Randy Grimm from the Sheriffs video unit asked for my help in covering the event. I volunteered because it's important for everyone to give back to the community. It was a record breaking hot day for San Diego, it hit 100 degrees. I was positioned on a roof across from the church. I was very uncomfortable, but as I was feeling sorry for myself I realized my comfort would improve in a couple of hours but the family of the fallen officer will be uncomfortable for years and will never be the same. 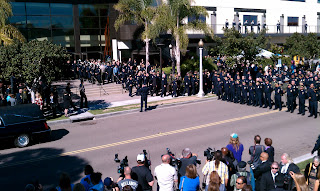 Helping out was the least I could do, for someone who gave their life for the good of the community.
Posted by Michael at 12:43 PM No comments: